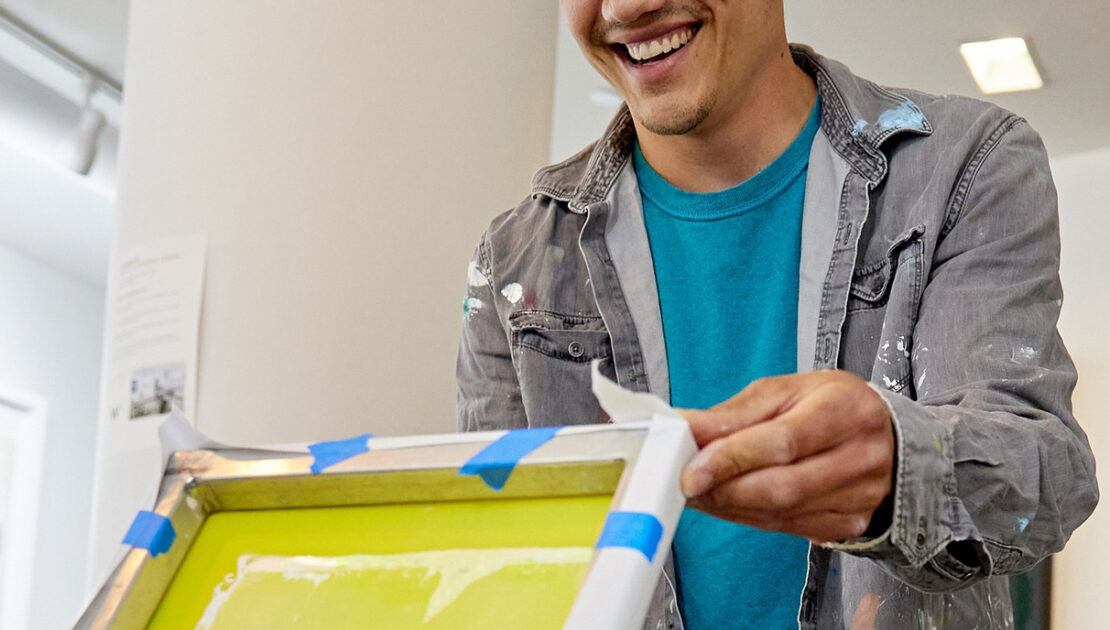 Local Artist Ricardo Roig will be the third and final speaker in the 13th annual Hale Speaker Series. The free talk is open to the public with pre-registration required either online at www.wmlnj.org or by phone at 908-789-4090 Ext. 0.  Hale Series talks will be streamed live and available later on YouTube on the Friends’ channel fwmlnj.

In his “Local Color” talk scheduled for Wednesday, November 16, at 7 p.m. at Westfield Memorial Library, you will hear the inspiring story of a local artist who has parlayed his hand cut paper screen prints into an art world success.  Roig, a WHS Class of 2001 is a former Westfield schools art teacher, a local gallery owner and the creator of the Westfield Circle mural. His collection is available at a number of galleries, including the Evalyn Dunn Gallery Annex in Westfield.

The series, hosted by the Friends of Westfield Memorial Library, receives funding from The Glasser Foundation and the Anne and Lee Hale Foundation.